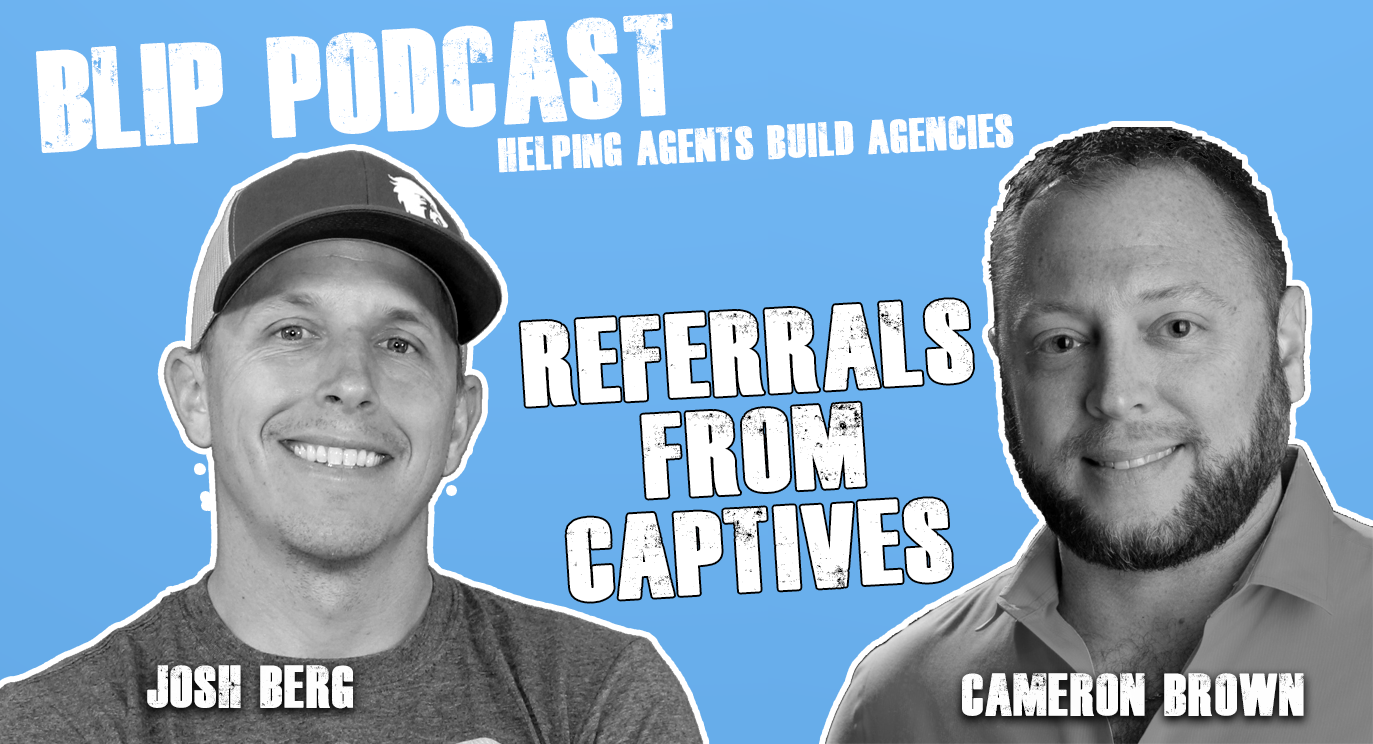 Referrals From Captives (with Cameron Brown)

If you own an Independent Insurance Agency or will be starting one soon, you’re probably familiar with the concept of reaching out to captive agents and asking for referrals from them for clients they can’t write or that aren’t a good fit.  On this episode I interview Cameron Brown who works with over 90 captives.

You heard that right…90!  Cameron and I talk about how he went from 2 captives referring him to over 90.  His commitment to them is that they won’t cross sell any policies that are with the captives.  Cameron is so committed to this that he has actually had to let 2 employees go who violated this promise.  Talk about follow through….

If you’re interested in growing your sales this way, Cameron would probably advise you to not split commissions, not pay a finder’s fee, not give spiffs, etc.  Make them a promise and stand by it.

It’s going to be hard at first to build these relationships with captives.  But, persistancy will pay off.  Get your first referring captive agent and treat them well.  Cameron started with 2 and paid for them to eat and drink at a baseball game.  Asking them to invite their captive friends, this quickly grew and he was able to expand his network to what it is today..

The one thing he advises agents who are considering growing their agency this way is to never get into the habit of not being able to talk to the prospects.  He’s lost relationships in the past because the captive agent wanted to handle every part of the transaction except the quoting.  It’s not worth the headache or the risk.

“You have to figure out what path you want and what your stance is going to be and just stick with it.” (Cameron Brown- Agency Owner)