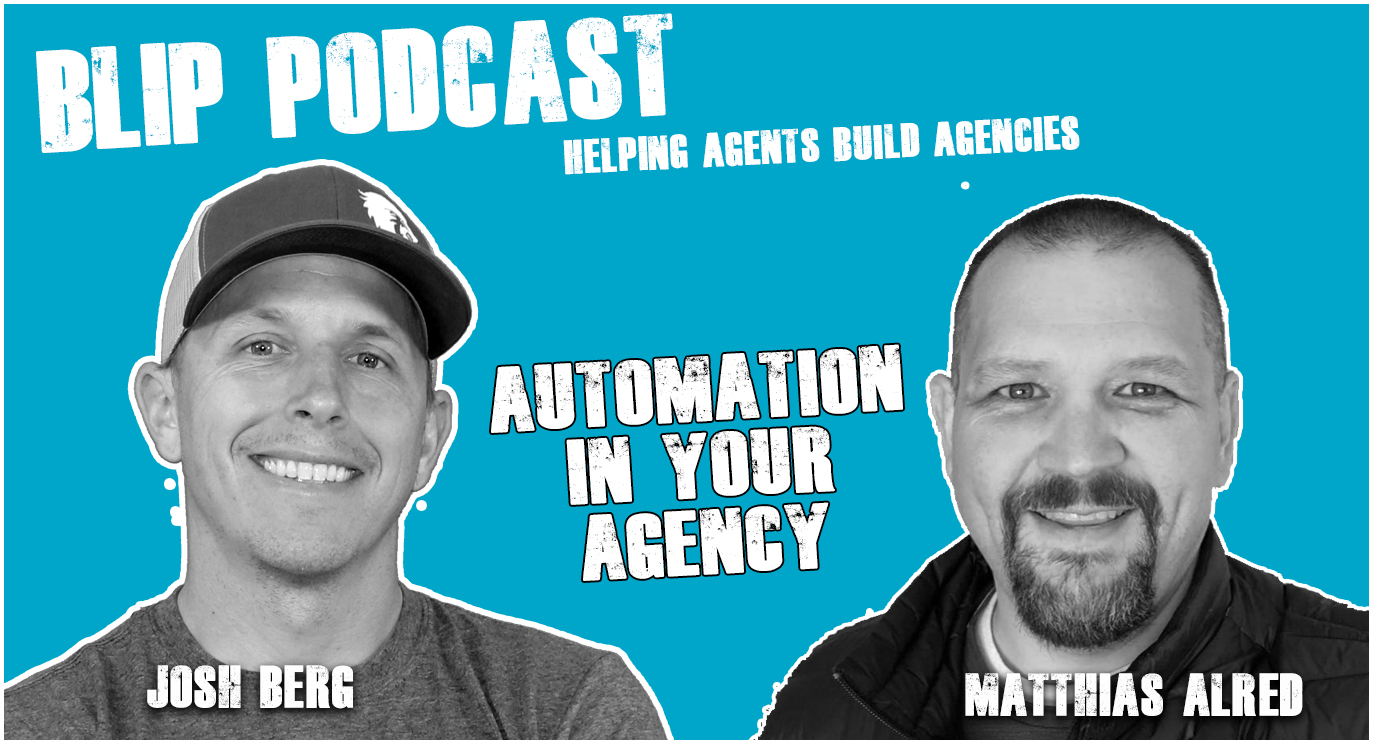 Automation in your agency (with Matthias Allred)

Automation is one of those things that sounds super sexy and scary at the same time.  If you haven’t yet taken the red pill and traveled down the rabbit hole then it might be time for you to take the plunge and see how far the rabbit hole really goes.

Matthias has automation in place for prospecting, quoting, on-boarding, service…pretty much every part of a customer’s Journey.  But he didn’t start by automating everything at the same time…that would have been overwhelming.  Instead it was done piece by piece.

“Good automation starts from defining what your process is, what you want to have happen, what your steps are and then determining what specifically I need to do and what I can have another person or a machine do.” (Matthias Allred – Agency Owner)