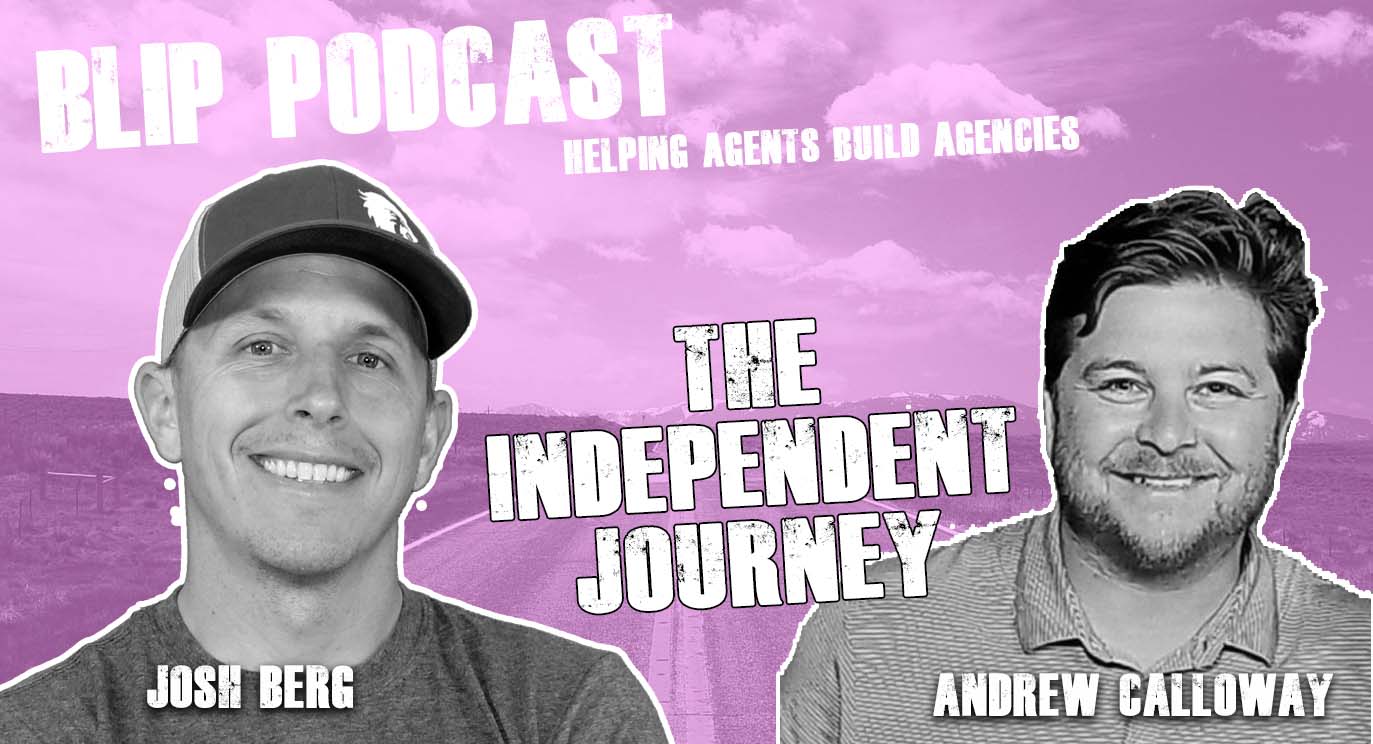 The Independent Journey (with Andrew Calloway)

Have you thought about making the jump?  Have you wondered what it would be like if you left your captive insurance company and ventured out on your own?  It’s a pretty scary thought.  What would it look like? What struggles would you face?  How much business would you be able to write?  How much money would you make?  What would your life look like?  Lots and lots of questions…

I’m so excited for this episode.  Why? Because this goes straight to the heart of why we do this podcast and why we started BLIP.  On this episode I talk with Andrew Calloway.  Andrew was a 3 year State Farm agent that decided to WALK AWAY from his agency and open his own independent agency. Rather than try to get direct appointments on his own he opted to go through an aggregator (like BLIP).  He’s 1/2 way through his first month and ALREADY running into issues he wasn’t expecting.

This is my favorite episode so far.  It’s also the most creative we have gotten with the podcast content.  Andrew has agreed to do monthly check ins with me to let everyone know the new struggles he’s facing, the wins he’s celebrating and what his numbers look like.  HOWEVER, I’m not putting those episodes out the same way I normally do.  So they’ll only be accessible to those who have SUBSCRIBED.  So don’t miss out on these hidden episodes and make sure you subscribe!

One of the things that Andrew is most excited about is to be able to use whatever tools he wants to market to his prospective clients.  He’s going to be testing a few different marketing avenues that he wasn’t able to do while he was a captive and we get to have an inside view of how it goes.

“Under the captive agency model we were only addressing 15-20% of the market from a rate and eligibility standpoint.  ” (Andrew Calloway – Agency Owner)